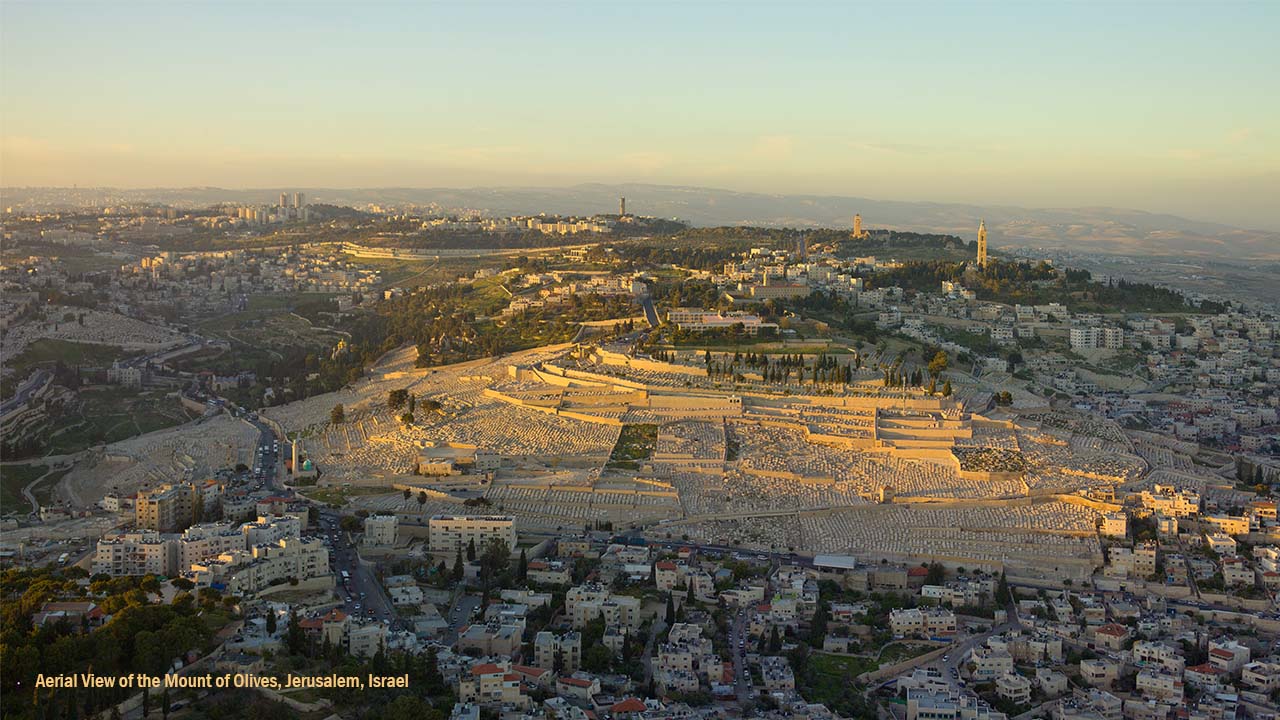 For some people, who were actually paying attention when they were reading, one part of the following statement has caused some concern, if not confusion.

“As the place of His ascension, Jesus chose the spot so often hallowed by His presence while He dwelt among men. Not Mount Zion, the place of David’s city, not Mount Moriah, the temple site, was to be thus honored. There Christ had been mocked and rejected. There the waves of mercy, still returning in a stronger tide of love, had been beaten back by hearts as hard as rock. Thence Jesus, weary and heart-burdened, had gone forth to find rest in the Mount of Olives. The holy Shekinah, in departing from the first temple, had stood upon the eastern mountain, as if loath to forsake the chosen city; so Christ stood upon Olivet, with yearning heart overlooking Jerusalem. The groves and glens of the mountain had been consecrated by His prayers and tears. Its steeps had echoed the triumphant shouts of the multitude that proclaimed Him king. On its sloping descent He had found a home with Lazarus at Bethany. In the garden of Gethsemane at its foot He had prayed and agonized alone. From this mountain He was to ascend to heaven. Upon its summit His feet will rest when He shall come again. Not as a man of sorrows, but as a glorious and triumphant king He will stand upon Olivet, while Hebrew hallelujahs mingle with Gentile hosannas, and the voices of the redeemed as a mighty host shall swell the acclamation, Crown Him Lord of all!” The Desire of Ages, pp. 829, 830.

We all know Jesus isn’t supposed to actually touch the ground when He comes again, so what does this mean? We are not going to go down the route of it’s been added or the theory of you can’t trust everything in Desire of Ages. That’s not an acceptable method of study.

Well, here is some more information you might appreciate.

Essentially, when Jesus comes again to Palestine (not the 2nd coming, but after the millennium), He will make way for the New Jerusalem to come down from heaven.

“It is at the close of the one thousand years that Jesus stands upon the Mount of Olives, and the mount parts asunder and becomes a mighty plain. Those who flee at that time are the wicked, who have just been raised. Then the Holy City comes down and settles on the plain.” Early Writings, p. 52.

“1  And I saw a new heaven and a new earth: for the first heaven and the first earth were passed away; and there was no more sea. 2  And I John saw the holy city, new Jerusalem, coming down from God out of heaven, prepared as a bride adorned for her husband.” Revelation 21:1, 2.

This chain of events is treated consistently across a number of places in the Spirit of Prophecy.

“The saints will rest in the Holy City and reign as kings and priests one thousand years; then Jesus will descend with the saints upon the Mount of Olives, and the mount will part asunder and become a mighty plain for the Paradise of God to rest upon.” Early Writings, p. 51.

“After the judgment of the wicked dead had been finished, at the end of the one thousand years, Jesus left the city, and the saints and a train of the angelic host followed Him. Jesus descended upon a great mountain, which as soon as His feet touched it, parted asunder and became a mighty plain. Then we looked up and saw the great and beautiful city, with twelve foundations, and twelve gates, three on each side, and an angel at each gate. We cried out, ‘The city! the great city! it is coming down from God out of heaven!’ And it came down in all its splendor and dazzling glory and settled in the mighty plain which Jesus had prepared for it.” Early Writings, p. 291.

“Christ descends upon the Mount of Olives, whence, after His resurrection, He ascended, and where angels repeated the promise of His return. Says the prophet: ‘The Lord my God  663  shall come, and all the saints with Thee.’ ‘And His feet shall stand in that day upon the Mount of Olives, which is before Jerusalem on the east, and the Mount of Olives shall cleave in the midst thereof, … and there shall be a very great valley.’ ‘And the Lord shall be king over all the earth: in that day shall there be one Lord, and His name one.’ Zechariah 14:5, 4, 9. As the New Jerusalem, in its dazzling splendor, comes down out of heaven, it rests upon the place purified and made ready to receive it, and Christ, with His people and the angels, enters the Holy City.” The Great Controversy, pp. 662, 663.