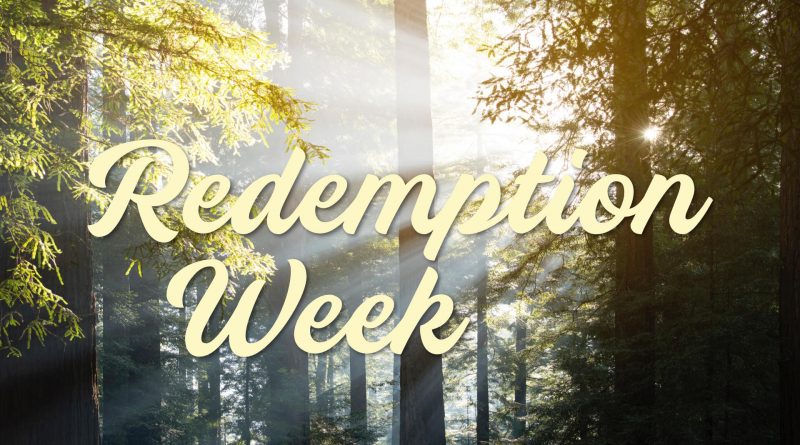 Can we discern a time for the Second Coming based on references to the 7,000-year redemption week?

I first heard this theory around 2013, when someone presented the idea that, based on certain passages from the Spirit of Prophecy, we could infer that the Second Coming would be at a particular future date (an approximate one, not specific). The presenter that I heard used statements about Christ’s baptism or crucifixion to extrapolate the dates for 2027 and 2031.

Knowing the principles outlined in these articles, Knowing the Time and Time No Longer, I was strongly opposed to these ideas. Nevertheless, I did research the subject, and can share the following findings.

The basic premise is that we understand earth’s history to follow a 7,000-year “redemption week,” with 4,000 years from creation until Christ, and 2,000 years until the Second Coming. After a 1,000-year reign and judgment, redemption is complete in a total of 7,000 years.

Note statements such as:

“For six thousand years that mastermind that once was highest among the angels of God has been wholly bent to the work of deception and ruin. And all the depths of satanic skill and subtlety acquired, all the cruelty developed, during these struggles of the ages, will be brought to bear against God’s people in the final conflict.” The Great Controversy, p. ix:4.

“The great controversy between Christ and Satan, that has been carried forward for nearly six thousand years, is soon to close; and the wicked one redoubles his efforts to defeat the work of Christ in man’s behalf and to fasten souls in his snares.” The Great Controversy, p. 581:1.

We find that such statements focus on different specific points in time.

The close of probation:

“For six thousand years, Satan’s work of rebellion has ‘made the earth to tremble.’ He had ‘made the world as a wilderness, and destroyed the cities thereof.’ And he ‘opened not the house of his prisoners.’ For six thousand years his prison house has received God’s people, and he would have held them captive forever; but Christ had broken his bonds and set the prisoners free.” The Great Controversy, p. 659:3.

What about those references to when Christ came to the earth? Look at all the different possibilities for the start or finish of the same period of time.

“Jesus accepted humanity when the race had been weakened by four thousand years of sin.” The Desire of Ages, p. 48:5.

“The Son of God humbled Himself and took man’s nature after the race had wandered four thousand years from Eden, and from their original state of purity and uprightness.” Selected Messages, bk. 1, p. 267:1.

“Four thousand years before a voice of strange and mysterious import was heard in heaven from the throne of God: [Psalm 40:6-8 quoted]. Christ in counsel with His Father laid out the plan for His life on earth.” The Southern Work, p. 85:1.

“On Jordan’s banks the voice from Heaven, attended by the manifestation from the excellent glory, proclaimed Christ to be the Son of the Eternal…. For four thousand years, ever since the declaration was made to Adam that the seed of the woman should bruise the serpent’s head, he had been planning his manner of attack.” The Review and Herald, March 18, 1875, par. 8.

“In our humanity, Christ was to redeem Adam’s failure. But when Adam was assailed by the tempter, none of the effects of sin were upon him. He stood in the strength of perfect manhood, possessing the full vigor of mind and body. He was surrounded with the glories of Eden, and was in daily communion with heavenly beings. It was not thus with Jesus when He entered the wilderness to cope with Satan. For four thousand years the race had been decreasing in physical strength, in mental power, and in moral worth; and Christ took upon Him the infirmities of degenerate humanity. Only thus could He rescue man from the lowest depths of his degradation.” The Desire of Ages, p. 117:1.

“Christ, in the wilderness of temptation, stood in Adam’s place to bear the test he failed to endure. Here Christ overcame in the sinner’s behalf, four thousand years after Adam turned his back upon the light of his home.” Selected Messages, bk. 1, p. 267:3.

“Four thousand years had Satan been at work against the government of God, and he had obtained strength and experience from determined practice. Fallen men had not the advantages of Adam in Eden. They had been separating from God for four thousand years.” Selected Messages, bk. 1, p. 280:2.

“Christ was standing at the point of transition between two economies and their two great festivals. He, the spotless Lamb of God, was about to present Himself as a sin offering, that He would thus bring to an end the system of types and ceremonies that for four thousand years had pointed to His death.” The Desire of Ages, p. 652:2.

“He, the pure, spotless Lamb of God, was presenting Himself as a sin-offering; and as He now ate the Passover with His disciples, He put an end to the sacrifices which for four thousand years had been offered.” SDA Bible Commentary, vol. 5, p. 1139:1.

“‘In the midst of the week He shall cause the sacrifice and the oblation to cease.’ In A.D. 31, three and a half years after His baptism, our Lord was crucified. With the great sacrifice  328  offered upon Calvary, ended that system of offerings which for four thousand years had pointed forward to the Lamb of God. Type had met antitype, and all the sacrifices and oblations of the ceremonial system were there to cease.” The Great Controversy, pp. 327, 328.

Satan led men into sin, and the plan of redemption was put in operation. For four thousand years, Christ was working for man’s uplifting, and Satan for his ruin and degradation. And the heavenly universe beheld it all.” The Desire of Ages, p. 759:3.

What can we learn from the above?

All of these references show that the language of the Spirit of Prophecy refers to general periods of time. Some are directed at one point in time, and some another. This is an evidence that they are actually referring to a general timeframe, not a very specific and precise period of time. And, with many alternative starting or ending points, there is no reason to pick any one of them over another.

What about the age of the earth though? We do have very good Bible chronology based on work by James Ussher, centuries ago, that shows:

Therefore, today we are on “overtime.” There is no reason to look to some future time, but to be ready always today. Note this statement from Knowing the Time:

“You will not be able to say that he will come in one, two, or five years, neither are you to put off his coming by stating that it may not be for ten or twenty years.” The Review and Herald, March 22, 1892, par. 10.

Let us remember these important words from the Apostle Peter:

“8 But, beloved, be not ignorant of this one thing, that one day is with the Lord as a thousand years, and a thousand years as one day. 9 The Lord is not slack concerning his promise, as some men count slackness; but is longsuffering to us-ward, not willing that any should perish, but that all should come to repentance.” 2 Peter 3:8, 9.