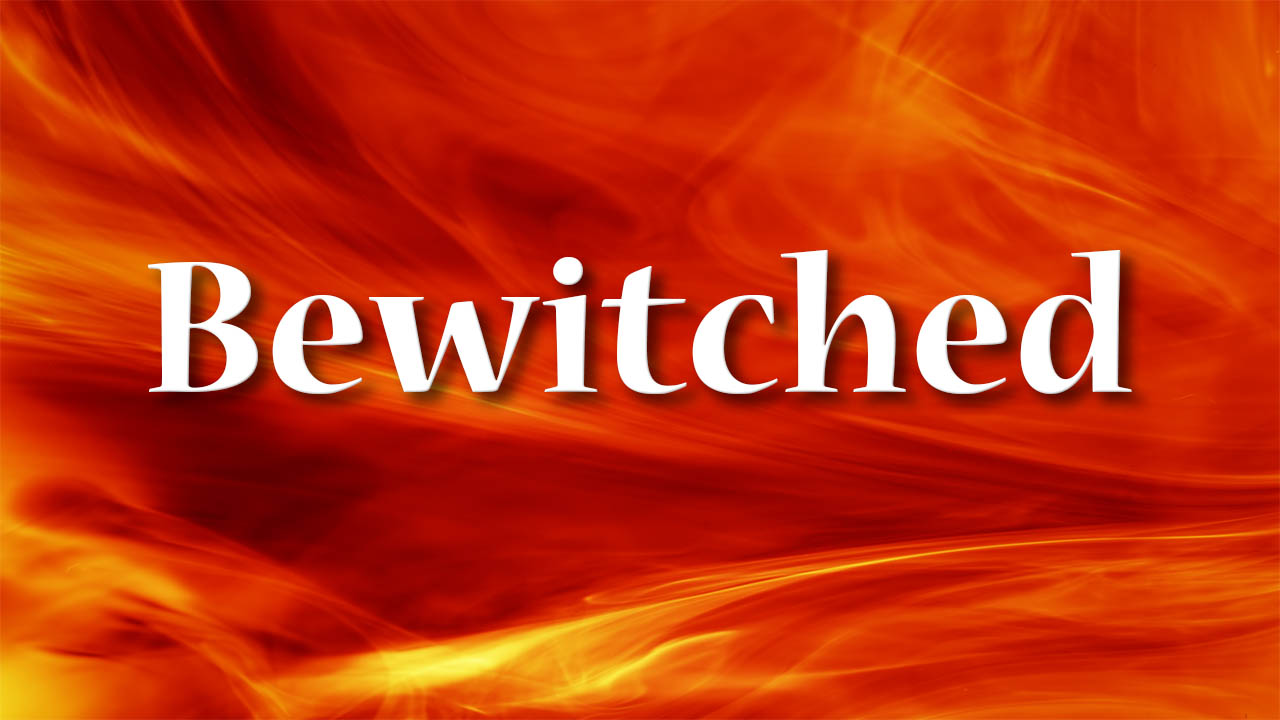 Some people believe in it, some don’t. But witchcraft is out there and it’s not just the domain of fantasy books and movies. It is recorded in the Bible too. Probably the most concerning thing about this is that you can be under a spell, and not know it. Let’s look deeper at the witchcraft of a different sort.

Everyone knows the story of Saul and the witch of Endor. Saul was deceived by the pretensions of sorcery and the next day took his life in battle, after being mortally wounded and giving up to despair.

But where did this road begin? You can find it starting much earlier, when Samuel the prophet was alive, and when Saul disobeyed God’s instructions.

“22 And Samuel said, Hath the Lord as great delight in burnt offerings and sacrifices, as in obeying the voice of the Lord? Behold, to obey is better than sacrifice, and to hearken than the fat of rams. 23 For rebellion is as the sin of witchcraft, and stubbornness is as iniquity and idolatry. Because thou hast rejected the word of the Lord, he hath also rejected thee from being king.” 1 Samuel 15:1-23.

Saul’s commission of a known error, and then justifying it, was a symptom of his following a downward course of rebellion. This, Samuel said, was as bad as witchcraft.

Something happened in Ephesus which brought hidden secrets to light.

“13 Then certain of the vagabond Jews, exorcists, took upon them to call over them which had evil spirits the name of the Lord Jesus, saying, We adjure you by Jesus whom Paul preacheth. 14 And there were seven sons of one Sceva, a Jew, and chief of the priests, which did so. 15 And the evil spirit answered and said, Jesus I know, and Paul I know; but who are ye? 16 And the man in whom the evil spirit was leaped on them, and overcame them, and prevailed against them, so that they fled out of that house naked and wounded. 17 And this was known to all the Jews and Greeks also dwelling at Ephesus; and fear fell on them all, and the name of the Lord Jesus was magnified.” Acts 19:13-17.

Because of this event, dark secrets were revealed?

“18 And many that believed came, and confessed, and shewed their deeds. 19 Many of them also which used curious arts brought their books together, and burned them before all men: and they counted the price of them, and found it fifty thousand pieces of silver. 20 So mightily grew the word of God and prevailed.’ Acts 19:18-20.

The Spell of Error

What is the effect of witchcraft?

“O foolish Galatians, who hath bewitched you, that ye should not obey the truth, before whose eyes Jesus Christ hath been evidently set forth, crucified among you?” Galatians 3:1.

“Ye therefore, beloved, seeing ye know these things before, beware lest ye also, being led away with the error of the wicked, fall from your own stedfastness.” 2 Peter 3:17.

“Every person who cherishes a known error, in faith or practice, is under the power of sorcery, and is practicing sorcery upon others. Satan employs him to mislead other souls.” Signs of the Times, May 18, 1882, par. 18.

“Error is never harmless. It never sanctifies, but always brings confusion and dissension. It is always dangerous. The enemy has great power over minds that are not thoroughly fortified by prayer and established in Bible truth.” Testimonies, vol. 5, p. 292:2.

What happens when we wilfully reject light?

“25 And when they agreed not among themselves, they departed, after that Paul had spoken one word, Well spake the Holy Ghost by Esaias the prophet unto our fathers,  26 Saying, Go unto this people, and say, Hearing ye shall hear, and shall not understand; and seeing ye shall see, and not perceive:  27 For the heart of this people is waxed gross, and their ears are dull of hearing, and their eyes have they closed; lest they should see with their eyes, and hear with their ears, and understand with their heart, and should be converted, and I should heal them.” Acts 28:25-27. [Quoting Isa. 6:9, 10]

How can we be fortified against deceptions?

“8 And then shall that Wicked be revealed, whom the Lord shall consume with the spirit of his mouth, and shall destroy with the brightness of his coming: 9 Even him, whose coming is after the working of Satan with all power and signs and lying wonders, 10 And with all deceivableness of unrighteousness in them that perish; because they received not the love of the truth, that they might be saved. 11 And for this cause God shall send them strong delusion, that they should believe a lie: 12 That they all might be damned who believed not the truth, but had pleasure in unrighteousness.” 2 Thessalonians 2:8-12.

This is why personal and doctrinal integrity is so important.

What is the way to avoid going down the wrong path?

“23 Keep thy heart with all diligence; for out of it are the issues of life. 24 Put away from thee a froward mouth, and perverse lips put far from thee. 25 Let thine eyes look right on, and let thine eyelids look straight before thee. 26 Ponder the path of thy feet, and let all thy ways be established. 27 Turn not to the right hand nor to the left: remove thy foot from evil.” Proverbs 4:23-27.

Even if we may think we are in the right way, what do we need to remember?

“Wherefore let him that thinketh he standeth take heed lest he fall.” 1 Corinthians 10:12.

How could this happen?

“Let none deceive themselves with the belief that God will pardon and bless them while they are trampling upon one of His requirements. The willful commission of a known sin silences the witnessing voice of the Spirit, and separates the soul from God. Whatever may be the ecstasies of religious feeling, Jesus cannot abide in the heart that disregards the divine law. God will honor those only who honor Him.” Messages to Young People, p. 114:2.

What is the antidote to error?

What is the truth able to do?

What does this mean for us in a practical way?

“Amid the confusion of delusive doctrines, the Spirit of God will be a guide and a shield to those who have not resisted the evidences of truth, silencing every other voice but that which comes from Him who is the truth.

“We are living in the last days, when error of a most deceptive character is accepted and believed, while truth is discarded. The Lord will hold both ministers and people responsible for the light shining upon them. He calls upon us to work diligently in gathering up the jewels of truth, and placing them in the framework of the gospel.” Gospel Workers, p. 289:2, 3.

It is really important that every person has a clear view of the framework of truth and where each doctrine fits within it. This is often compromised by winds of doctrine.

Error is everywhere. It’s hard to know what to believe sometimes. In fact, Jesus said that there –

“[S]hall arise false Christs, and false prophets, and shall shew great signs and wonders; insomuch that, if it were possible, they shall deceive the very elect.” Matthew 24:24.

Notice, though, that the word “if” indicates that the very elect will not be deceived. God is able to protect you. But there is one thing that it will definitely require:

“And ye shall seek me, and find me, when ye shall search for me with all your heart.” Jeremiah 29:13.

Seek the Lord with all your heart, and you will be safe from the bewitching spell of error.